Choirs were singing and civic dignitaries were shaking hands as on February 8th, The City of Vancouver recognized citizens and organizations who made a difference for 2018. London Drugs’ eleven Vancouver stores took home the award for Greenest City Leadership in the organization category, for helping citizens recycle everything from batteries to light bulbs to small appliances, and helping Vancouver reach its Greenest City goals.

One and a half million reasons.

The Vancouver stores alone diverted over ONE AND A HALF MILLION POUNDS of waste from landfill in 2017, including e-waste, batteries, light bulbs, ink cartridges and other recyclables that can contain toxic materials. Our teams were also recognized for promoting local products, recycling in our warehouse and networking to promote sustainability with vendors and government. 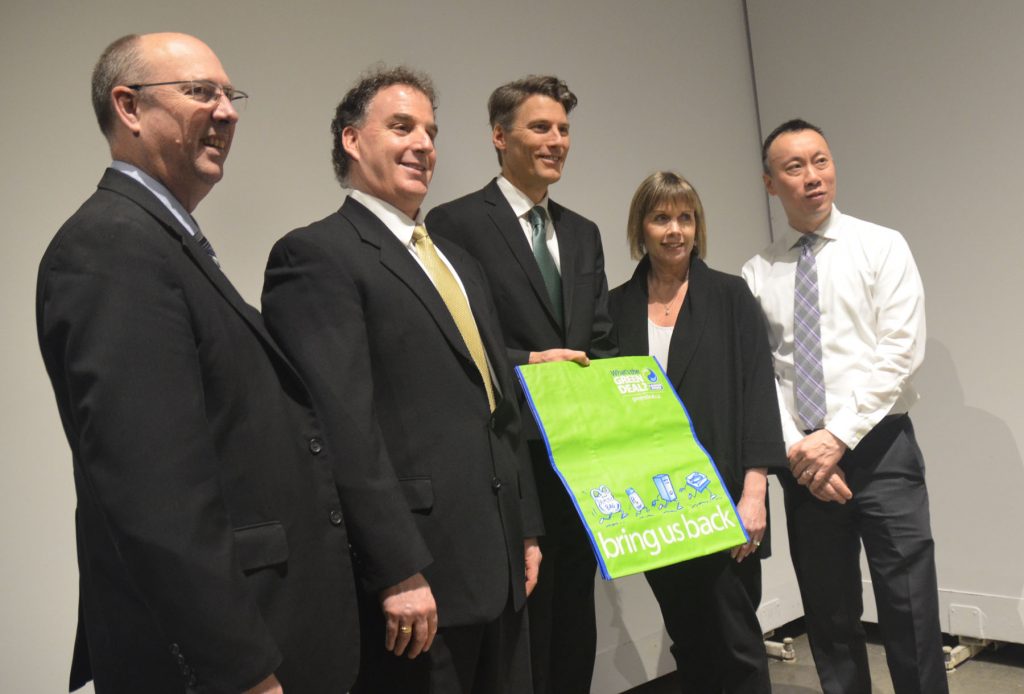 This award belongs to all of us. And YOU.

Dave Woogman, Manager of the London Drugs at Broadway & Cambie in Vancouver, accepted the award, but we share it with all London Drugs employees who do such a great job of sorting and diverting waste throughout our organization. We also recognize our customers who recycle more and more every year. And the leadership of London Drugs deserves credit for going above and beyond regulations to demonstrate true leadership in the retail category. This is the second major civic award for What’s the Green Deal this season, as our Surrey stores took home a 2017 Greenest City award in that city in December.
We were in some amazing company, as citizens received awards for diversity, accessibility, health and civic volunteering. Congratulations to all winners at the City of Vancouver Awards of Excellence. You are the REAL Green Deal.

Previous Post: Ready to do your part to reduce plastic bag waste?  Our 5¢ Plastic Bag Reduction Fee is in effect, as of January 1, 2018.

Next Post: Reducing Toxins in our Electronics and Packaging